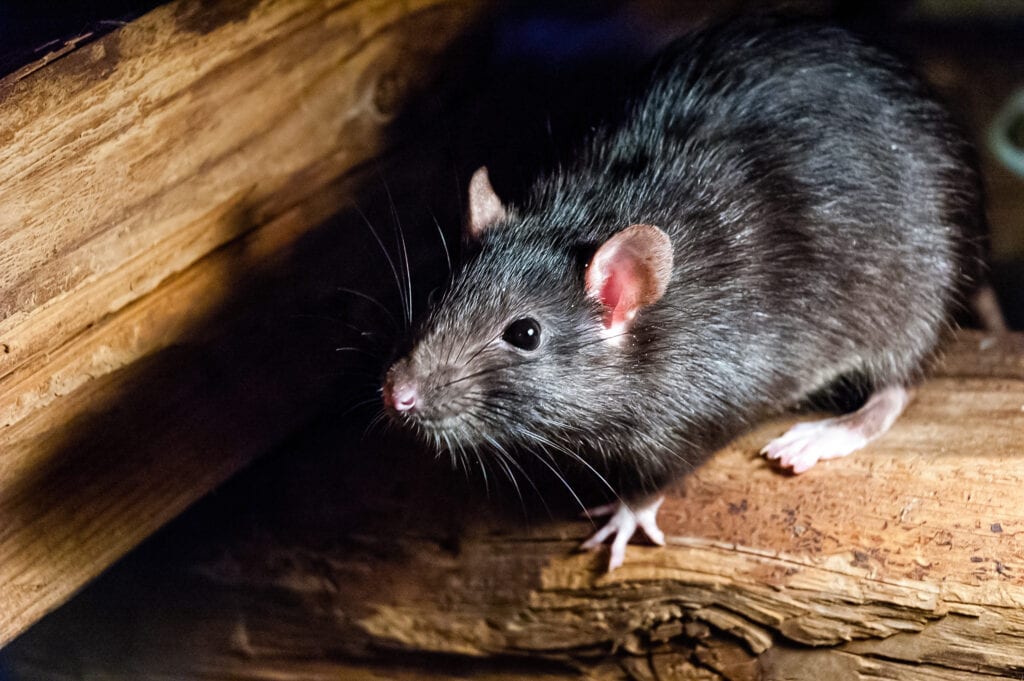 Rats and mice in Arizona display different behaviors, so identifying which invasive pest you are dealing with can determine the most effective treatment approach. Both can and will over time cause damage to your home or business and introduce potential contamination that may lead to health problems. Here, we’ll explore how you can tell whether you are dealing with mice or rats in your Arizona home or business.

Mice in Arizona are smaller in general than rats, averaging 3-4 inches in length (plus a 2-4 inch tail) and typically weigh around 1-2 ounces. The most common mice in Arizona include the house mouse and deer mice.

Mice, by nature, are very curious animals, which leads them to boldly explore all corners of your home or office. Their curiosity only adds to their aptitude for getting into hard to reach and hidden areas in the building. They can flatten their bodies and squeeze through the tightest of spaces. Mice are used to living side by side with humans, and often depend on them for food and shelter, making homes and offices highly susceptible to infestations.

Young rats can easily be mistaken for mice, but fully grown rats can reach up to 1 foot in length, and weigh up to 1 pound. However, the most commonly found rats in Arizona are the roof rat, Norway rat, and the pack rat (or woodrat), which typically top out at 8 inches and about 10 ounces. Rats tend to be more shy and cautious than mice, which make them more difficult to eradicate via conventional methods such as traps.

Rats in Arizona can be somewhat unique. Roof rats spend most of their time off the ground, and often make their homes high up, like in the attics of Arizona homes. Pack rats on the other hand are den-builders, using nearly anything to construct a nest, and are known for destroying vehicles here in Arizona while nesting in car hoods. Pack rats are also one of the few rats that have hair-covered tails, sometimes taking on a bushy appearance. Norway rats are the more typical rats (think New York City rats), which reside in underground burrows, and are more territorial, displaying aggression towards potential threats as well as other rodents.

The Dangers Lie in the Similarities of Mice & Rats

There are over 35 diseases that can be transmitted by mice and rats worldwide, and you don’t need to come into direct contact with the pests to be exposed. Simply breathing blown dust that has been contaminated by rodent urine or droppings can spread disease. Diseases can also be spread by coming into contact with the rodents or their urine or droppings, with or without being bit.

Food can also be contaminated by rat feces, potentially exposing your entire family with one meal. Aside from direct transmission through contact or exposure to droppings, mice and rats can carry parasites such as ticks and fleas, which can spread disease specific to their respective species.

From a structural standpoint, both rats and mice found in Arizona have the potential to damage electrical equipment such as wiring which will pose a fire hazard to the building.  Rats have stronger teeth and bites, and are known to gnaw through wood, metal, glass and concrete. And while mice may not have the biting power to chew through metal or glass, due to their smaller size, they can fit through nearly any opening in your home, giving them access to many unseen areas that a rat would not be able to fit into.

While the dangers associated with an infestation are real, you do not need to live with mice or rats in your Arizona home. An experienced professional mouse and rat control expert at Bug Guardian can diagnose your rodent problem, and develop a customized treatment plan based on your situation.

How to Have a Pest Free BBQ This Summer

Is a Scorpion Home Seal Worth It?