What attracts ants inside your home?

May 15, 2019 Admin Pest Control Services and Announcements No comments yet 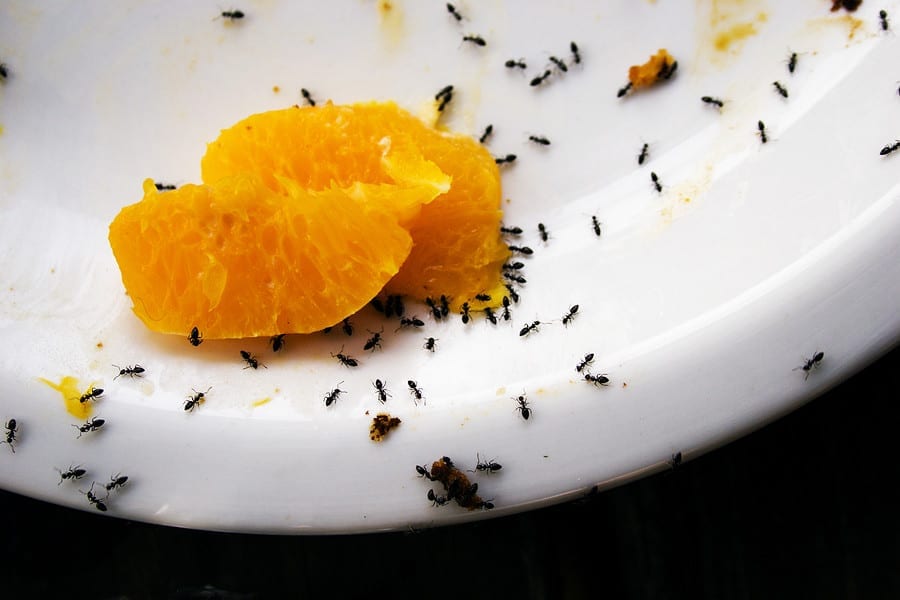 When it comes to household pests, ants are the number one problem. These tiny nuisances can invade your Peoria home without warning and be nearly impossible to get rid of without professional help. Ant colonies can have thousands of individual ants residing in them, making it hard to stop the invasion once it begins.

There are, however, some things that you can do around the house that will make your home a less desirable place for the ants to forage for food. Understanding what attracts ants to your home is the key.

WHAT ANTS ARE ATTRACTED TO IN YOUR HOME

To prevent ants from searching for food, make sure to eliminate any standing water in your kitchen area and be sure to wipe out the sink when you are done. This should also be applied to your bathroom. Additionally, you should make sure that damp clothes or towels are not left on the floor, the ants will chew on these items to get the water out, destroying the cloth.

Store bread and other dry goods in plastic containers to prevent ants from smelling these products. Placing a bay leaf in each container will provide extra protection. Store fruit in the fridge and wipe down the outside of containers of syrup and honey. Clean up any spills immediately. I you delay cleaning up the spill, the ants will come, even if it is cleaned up later.

Do not allow pet food to remain on the floor in their dish over night or for extended periods during the day. Ants will attack the food and keep returning once they established a continual source of food.

If you recycle soda cans or other containers, make sure to thoroughly rinse them out before placing them in the recycle bin. Recycle bins are often the leading cause of ant infestations.

HOW LONG DOES IT TAKE FOR AN ITEM TO BECOME COVERED IN ANTS?

The timing on ants can be very different based on each individual situation. If the home has already been invaded by ants and they are lurking in the shadows waiting for a meal, they could react instantly to finding food and water. If the ants are still outside or have not marked this area as a place to find food, it could take several hours or days.

Ants will return to the same spot over and over once they have established that it is a good source of food and water. Once this has happened, the only option is to have a professional come in and handle the issue. .

Dangerous Spiders and How to Avoid Them

May 8, 2019 Admin Pest Control Services and Announcements No comments yet 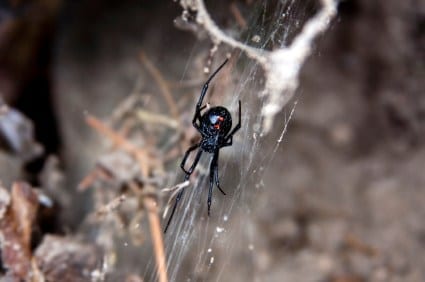 There are literally thousands of spider species in North America, all of which are important parts of a healthy ecosystem. While most pose no threat to humans and pets, there are a handful of species that are considered pests and can cause serious health problems or death. Here are some of the most common dangerous spiders and what to do about them. 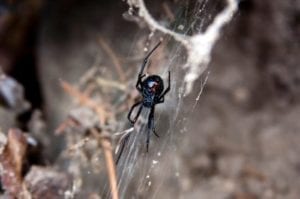 Widow spiders (Latrodectus) are members of the comb-footed spider family and can be identified by their messy, tangled webs. The black widow is the most familiar widow species and is typically found in the American South and Southwest. However, there are also other varieties of the black widow that can be found in Northern states. Two other widow species, the false widow and the brown widow, are also located in many portions of the country.

All but the false widow posses the characteristic hourglass pattern on their undersides. Interestingly, only the females are dangerous. The small, drab-colored males are harmless. That said, any pest control company will tell you that the female widows bite can cause serious problems. These include severe pain, fever, nausea, vomiting, dizziness, headaches and severe muscle cramps. In small children, the elderly and those with compromised immunity, the bite can be fatal. 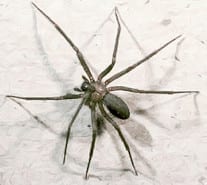 The most well-known species in this group (Loxosceles) can be identified by the telltale violin pattern on its head, or cephalothorax. These spiders are mainly restricted to the Southern states. However, there are other recluse varieties in many portion of the US that pose little or no threat. True to their name, recluses prefer to stay hidden and aren’t aggressive.

They’re wandering hunters, which means that they don’t spin webs. The danger of these spiders, while real, is dramatically over-blown. It’s common for people to mistake insect bites, MRSA and certain skin conditions as recluse bites, even when these cases occur outside of the spiders’ natural range.

Even if you live in an area where the recluse population is abundant, few actual bites occur. In one case, exterminators found more than 2,000 brown recluses in a family’s home. In the eight years the family had been living there, not a single bite occurred. Even if someone is bitten, the bite doesn’t always result in infection and necrosis. In healthy individuals, little more than time and an ice pack may be all that’s needed.

May 1, 2019 Admin Pest Control Services and Announcements No comments yet 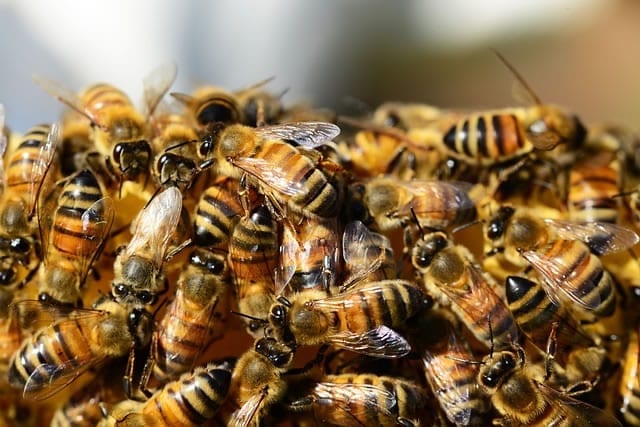 Without performing a honeycomb removal, future bee colonies have the potential to re-build in the same location due to familiar scents and honeycomb debris in the area. Multiple colonizations can cause greater damage, and can result in possibly having to replace sheet rock, carpets, siding and attracting other unwanted insects.

What Kind and Where Can Bees Be Found

Expert Bee Removal services in Scottsdale, Arizona are offered by Bug Guardian Pest Prevention we have experience dealing with Bee hives and their complete removal. If you fear you have an infestation feel free to call Bug Guardian Pest Control today!