October 31, 2016 Admin Uncategorized No comments yet 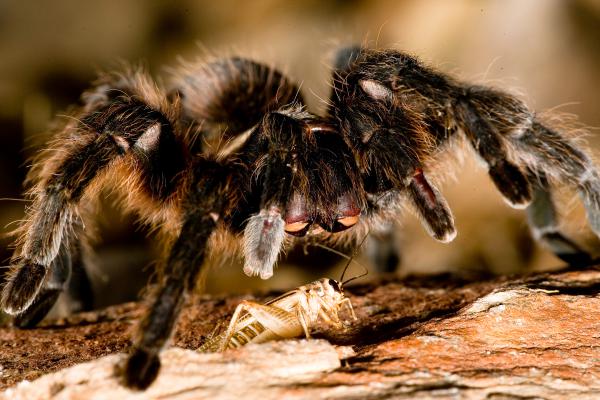 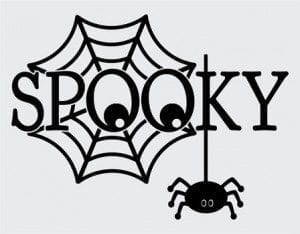 People seem to be more afraid of spiders than any insect out there, despite the fact that while a few of their bites can be dangerous, getting a disease from a mosquito such as yellow fever is much more harmful to humans. NC State University entomologist Matt Bertone says their frightening reputation is hardly justified. Bertone comes face to face with countless species of spiders every day. He states that most of the time when people call in thinking they have a spider bite it’s usually some other insect bite or a skin rash. Most spiders can’t bit us because their fangs aren’t big enough to pierce the skin. Even if they do bite us, it is usually no more painful than a minor bee sting.

Even bites from dangerous spiders such as black widows and brown recluses are very rare, as spiders tend to run away from people, only biting when they feel threatened. Just as we tend to stay away from them, they stay away from us. However, we are much closer to spiders than we might think. After doing a study of 50 different houses, Berton found that there was at least one spider, alive or dead, in every room of the houses. But, don’t worry, they stay pretty well hidden.

Are you afraid of spiders? Have you ever come across any of the venomous kind?

How to Make Spider Pops as Halloween Treats

October 27, 2016 Admin Pest Control Services and Announcements No comments yet 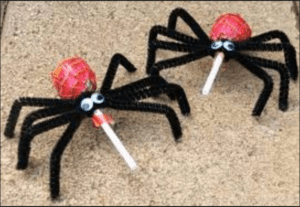 one bag, 72 pc. wiggle eyes is enough for both projects. I chose to use two different wiggle eyes for each project. One single fat quarter of fabric makes approx. 12 ghosts and one package of fuzzy sticks makes 6 spiders. As you see in the spider photo, I used black and a variety Halloween color pack of fuzzy sticks for the spiders legs found at my local craft store.