Roof Rats on the Rise in Arizona

October 14, 2015 Admin Pest Control Services and Announcements No comments yet 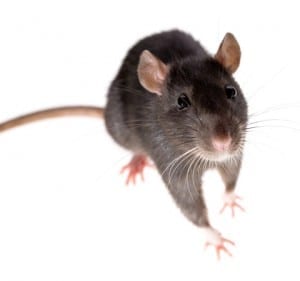 Rat sighting reports tend to worry people — and with good reason. These rodents show up on power lines, in trees and bushes, and even on porches and patios. From Glendale to Mesa, and Chandler to Scottsdale, Arizona, roof rats have people concerned about not only property damage, but also health risks.

Fortunately, according to Maricopa County Vector Control, periodic testing results have thus far been negative for tularemia, Hantavirus, and plague in area roof rats. In case of any health risks, though, Chandler, Arizona, as well as Mesa and other surrounding municipalities, refer residents to the county vector control office for help and guidance.

In some respects, a rat is a rat, period. Correct identification of the rodent in your home increases the chances of eradicating this pest.

These rodents like heights. Roof rats are great climbers, so they easily access treetops as well as roofs. Their nests generally appear in rafters, soffits, and other high locations, although in warmer locales, they sometimes create ground burrows.

According to the University of Arizona, some of the signs of root rats are:

Another telltale sign of a roof rat is hollowed out citrus fruits, where the rats leave nothing but the rind and/or skin.

In many cases, roof rat removal in Phoenix requires trapping and poisoning. However, few people want to deal with that process. Traps are an option. Poison also works, but is not the best choice for indoor use, as the rat may die and stink up your home as it decomposes.

For many, the best option is hiring a professional to come in, assess the situation, place the proper bait and traps, and, thankfully, dispose of the results.