January 29, 2015 Admin Pest Control Services and Announcements No comments yet 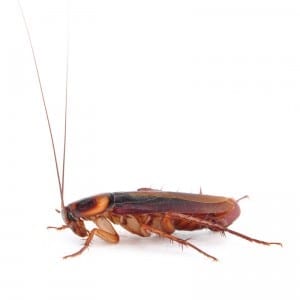 Gilbert Arizona is not only home of such attractions as the Halle Heart Museum and the Phoenix Zoo. Nicknamed “The Nation’s Fastest Growing Town,” it is also home to a wide array of Arizona PESTS including, but not limited to, scorpions, rodents, termites, birds, weeds and more…

We don’t rest until we’ve eliminated your last Pest. With 6 days a week service (closed on Sunday, same day service in most cases), and because of our “100% Satisfaction” guarantee, what do you have to lose except your Gilbert Pest Control problems!

Our Pest Control Program starts with a detailed inspection of your residential or commercial property. Not all pest problems are the same and some can require some very unique strategies to get the problem under control, which is why communication with you, the customer, is so very important. In speaking with you about the types of pests and sighting locations, as well as completing a visual survey of potential problem areas, your technician will then develop a customized plan of attack based on your specific needs.

CALL NOW! Start enjoying your Gilbert Arizona property again with the peace of mind knowing Bug Guardian Pest Control has you, your family, and your investment protected from Pests.

January 28, 2015 Admin Pest Control Services and Announcements No comments yet

There are at least 20 different species of cockroaches in Arizona, probably about 10 are native and rarely encountered in the urban environment. Those established in urban areas include: the American, brown-banded, field, German, Oriental, Surinam and Turkestan. Most cockroaches are tropical or subtropical in origin and generally live outdoors. However, some species have adapted well to living with humans. Though it is true that they prosper in clutter, filth and grime, cockroaches at times infest even the most sanitary and well-organized homes and buildings.

Most cockroaches are nocturnal and appear during daylight only when disturbed or where there is a heavy infestation. They prefer warm, dark, humid shelters and often move around the kitchen sink or drainboard. They prefer to rest in cracks around, under or inside cupboards and cabinets; where pipes or electrical wiring pass along or through a wall; behind window or door frames, loose baseboards or molding strips; under tables and chairs; in upholstered furniture; in bathrooms; in radio and TV cabinets; and in motor compartments of refrigerators, washing machines and other appliances. It is important to know where cockroaches are hiding in your home because these are the locations that must be cleaned.

Cockroaches feed on a variety of plant and animal products, including meat and grease, starchy foods, sweets, baked goods and other unprotected kitchen goods. They also feed on materials such as leather, wallpaper paste and book binding.

Cockroaches rank high on the homeowners’ list of pest problems. Cockroaches contaminate food with excrement and salivary secretions and they may leave an unpleasant odor. Cockroaches also cause respiratory problems to individuals sensitive to the allergens they produce. Outside of homes and buildings, cockroaches play an important role decomposing vegetable and animal materials.

The American cockroach is the largest and most frequently encountered common species, growing to a length of 1-1/2 to 2 inches. This species is also referred to as the sewer roach. It is reddish-brown with a light-yellow band around the edge of the head shield. Adults of both sexes have well-developed wings, but seldom fly. They are, however, capable of gliding flights. Nymphal cockroaches are smaller than adults, grayish-brown in color and less-fully winged.

The adult female usually drops her egg capsule within a day after it is formed. She often places the capsule near a food or water source or in a location where it can be covered with miscellaneous debris. Occasionally, she glues the capsule to some surface with secretions from her mouth. The capsule may be deposited outdoors in moist wood, in cracks in bark or in whorls of plants.

In the warm climate of Arizona, American cockroaches often live out of doors in alleys, lawns, decayed trees and plants. They often enter and thrive in homes, commercial establishments and other buildings that provide favorable shelter and an ample food supply. They live mainly in dark, moist sites in kitchens, bathrooms, basements and steam tunnels, sewers and even in crawl spaces under buildings.

The adult German cockroach is light brown and 1/2- to 5/8-inch long. The head shield has two dark stripes that run lengthwise. Adults are fully winged but rarely fly. Nymphal German cockroaches are smaller and darker than adults and are wingless. The German cockroach is normally found indoors and is more active than other domestic species. The German cockroach produces more eggs per capsule than most other species and has a developmental period as short as 2 months. Thus, troublesome infestations can develop rapidly from a few individuals.

This is the only domestic species in which adult females carry egg capsules protruding from their abdomens until the eggs are ready to hatch. In fact, few eggs will hatch if the capsule is detached from the female more than a day or two before hatching would normally take place.

These cockroaches thrive in all types of buildings, but are found most often in homes, apartments, condominiums and commercial-food establishments. They usually enter tightly constructed homes with bottled drink containers, potatoes, onions, dried pet foods, grocery sacks, corrugated cartons and even furniture. German cockroaches usually seek dark shelters near moisture and food, such as in kitchens and bathrooms. However, when populations become large and food scarce, they appear in bedrooms and other less-likely places.

The Turkestan cockroach was first found in Arizona in 1982 and is common in the Phoenix and Tucson areas. Adults are about 1-inch long. The male has long, yellowish-tan wings. The female has short, rounded wings with creamy stripes along the edges and a pear-shaped body. This roach is typically found outdoors, but when it reaches peak populations in June, can be found indoors.

Male roaches are attracted to lights on warm summer nights. If doors and/or windows are not well sealed, roaches can, and often do, gain entrance into dwellings. Indoor and outdoor sanitation practices around the home can discourage cockroaches. Clean kitchen scraps from visible areas as well as behind and inside appliances and cabinets. Compost piles should be as far away from the home as is practical. Woodpiles, potted plants and leaf litter can also harbor roach populations.