Why are Cockroaches So Hard to Control? 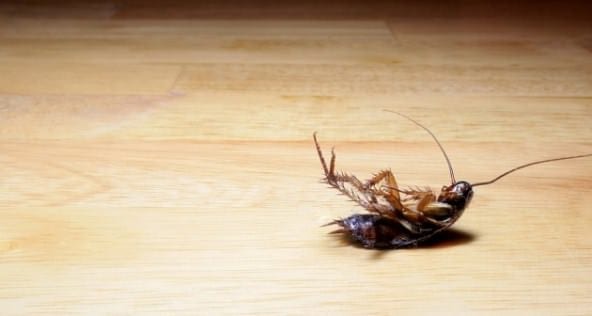 Cockroaches… the mere thought of them sends a shiver down most people’s spine. They get into food storage, reproduce at lightning speeds, and are really fast movers. It’s been said that cockroaches will survive Armageddon and anyone who has had to deal with a cockroach infestation wouldn’t doubt that. These critters have been around for millions of years, even outliving the dinosaurs. They are a resilient insect that has adapted to the ever changing environment of the Earth.

So what is the secret to their survival and what makes them so unique to other pests? Why is it so hard to control the cockroach population?

Have you ever turned on the kitchen light and seen how fast cockroaches bolt into hiding? Or maybe you tried to hit one with a shoe but it was just too fast for you. Cockroaches can sense currents of air and use this for detecting any threat that is approaching them. It’s been reported that a cockroach can hit the ground running a mere 8 milliseconds from the time they feel a puff of air. They can hit 80 centimeters a second and reach three miles in about an hour. They also have this ability to switch directions at the drop of a hat.

Did you know: A newborn cockroach, the size of a speck of dust, can run nearly as fast as an adult?

As mentioned earlier, cockroaches have been around for a very long time. There are some cockroach species that can endure freezing cold temperatures. If a cockroach loses its head it can still continue to function for a week. This is because cockroaches have an open circulatory system, meaning they have no veins and their organs are all housed within the body cavity. This also means that they don’t bleed out when wounded.

Did you know: A cockroach breathes from spiracles found on the sides of their bodies and can hold its breath for about 40 minutes.

At two in the morning an encounter with a cockroach may be seen as having come face to face with a massive bug. However, most cockroaches run as small at 5/8 of an inch up to 2 inches. Because of their nimble size they are able to hide in any crevices or cracks available to them.

Did you know: The male of the species has been known to be able to squeeze into a crack as small as 1/16 of an inch (the thickness, in width, of a quarter?)

4. Cockroaches will eat anything

Cockroaches are true scavengers. They favor sugary stuff when they can get it though. Being omnivores, they are attracted to a variety of food. A typical cockroach can survive without feeding for nearly a month. They can also go about 2 weeks without water. This is another reason for their resilience. They have been knows to eat things like glue, leather, and even soap to survive.

Did you know: When in nature the cockroach helps consume organic waste?

A mother cockroach produces eggs which are protected in a capsule of her own making. One female cockroach can have from 6 to 40 eggs per capsule and can produce many capsules through their lifespan. Depending on the conditions of their habitat, a cockroach can take from 6 weeks to a couple of years to become an adult.

Did you know: One female cockroach, along with her many offspring, can have up to 30,000 babies in just a year.

It’s important to eliminate cockroaches from the home because they can pose health risks to people. They spread disease and can trigger allergic reactions in some, which can complicate things for those who have asthma.

Cockroaches are attracted to food and water and will overrun your home looking for these things. So it’s important to keep food and water sources sealed. If you have pets, don’t leave bowls of food out unless your beloved pet is actually using them. Use air tight containers for storing foods that would otherwise sit in bags in your cupboards, such as flours, rice, and cereals. Make sure you keep your counter tops and sink clean and clear of food and crumbs. Dispose of garbage right away and vacuum often. By practicing some good sanitation you can lessen the chance of a cockroach infestation happening in your home.