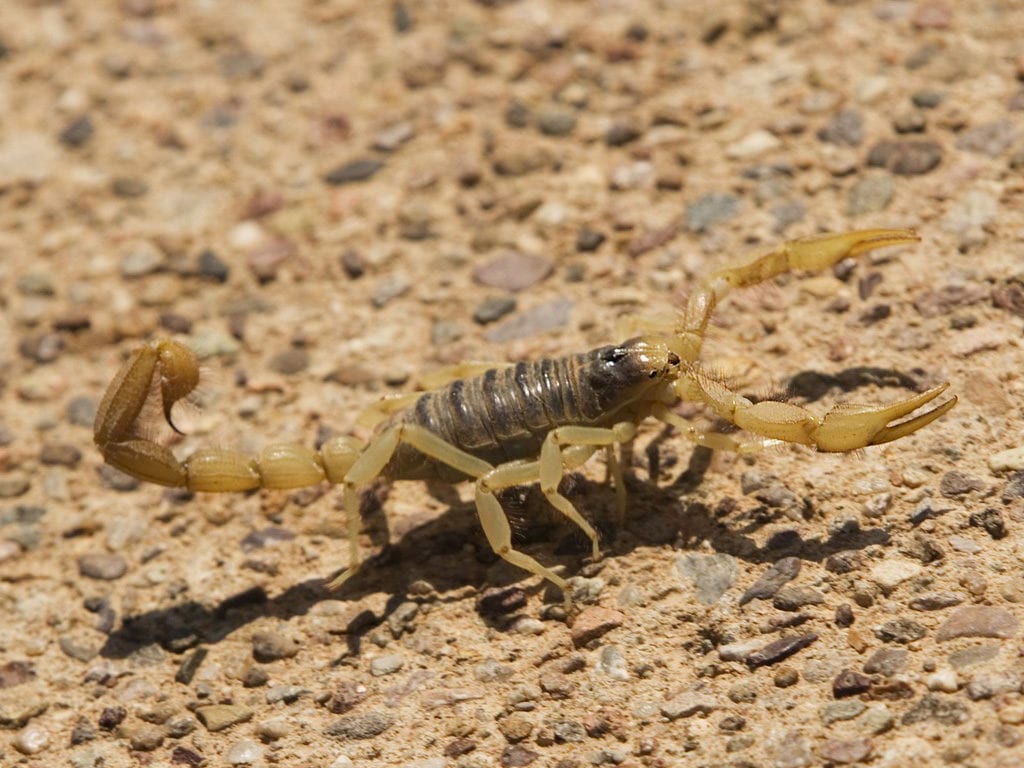 Scorpions are related to spiders and mites but belong to their own order, Scorpions. They are eight-legged with crab-like pincer appendages on the front end and the scorpion’s tail is usually elongated and terminated by a venomous stinger.

Scorpions use their stinger to subdue prey and for self-defense. Some scorpions can deliver deadly venom when they sting, while the venom and sting in some are no worse than that of a wasp. Highly venomous species occur in northern Africa, the Middle East, South Africa, east Africa, South America and one species in the Southwestern US including Arizona, officially named Centruroides, also known as bark scorpions. Anti-venom (antivenin) is available for these venomous species.

Scorpions hunt at night. Occasionally they may wander into houses as they search for food and water. They are most often encountered outdoors under loose debris and cracks and crevices. Gardeners should protect their hands with work gloves, especially around wood or debris piles.

Many times scorpions can be eliminated by using various eco-friendly methods including food elimination, catch and trap, even planting fresh lavender can help keep these pests far away from your home. Compared to many other dangerous insects and spiders, scorpions are pretty high on most people’s pest control priority list if you happen to live in Arizona!